THIS ONE DAY WORKSHOP, GIVEN BY DEBRA DIXON, IS AFFECTIONATELY KNOWN AS "BOOK-IN-A-DAY"

Debra’s intensive workshop covers the three most important elements of popular fiction: goal, motivation, and conflict (GMC), and how those elements work with the mythic structure of Joseph Campbell’s Hero’s Journey to help writers conceive and create strong plots and compelling characters. This Book-In-A-Day workshop provides the tools writers need to shape a story and create a road map to writing it.

Lunch will be provided.

**Seating is Limited so reserve your spot early.**

This event will be held in the Terrace room in Building G (1936) at the Marina Village Conference Center. Click campus map below to view enlarged version in a new tab.

If paying by September 17th:

If paying after September 17th:

$80Member or Guest Late Registration* Provided we haven't sell out.

If paying at the door:

$85Member or Guest Registration* Provided we haven't sell out.
No checks, please.
* All attendees must be over age 18.
RESERVE YOUR SPOT
Reserve a spot at the Special Event:

Please contact the SoCalRW Meeting Coordinator (hospitality <at> SoCalRW <dot> com) if you have questions. Otherwise, simply pay by PayPal by filling out and submitting the registration form below once it opens.

Online reservations and payments must be received by the deadline before the event, that is:

September 17th for the full discount and September 23rd for the partial discount.

* Failure to register by the deadline date will result in being charged the “at the door” rate, if event capacity is not sold out. 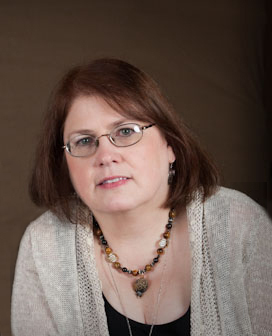 Debra Dixon is the President and Publisher of BelleBooks and its imprints—Bell Bridge Books and ImaJinn Books, which tackle a broad spectrum of genres. Their titles have been picked up in translation and by major publishers in subrights deals for mass market paperback, book club, audio, and large print.

Early in her career, Debra Dixon published with major publishers, wrote ten books, contributed to twelve anthologies, and served as Vice President of RWA. Her popular "GMC: Goal, Motivation, and Conflict" workshop spawned a book that has become a how-to bible for writers.